Happy Sunday, gang! I thought I’d check in with a quick roll call of the best media I’ve been consuming recently.

First of all, there’s a motherfucking Ab Fab movie, and it is glorious. It’s all about Joanna Lumley’s dirty laugh and filthy sneer. I was SCREAMING in the movie theater. Must see. 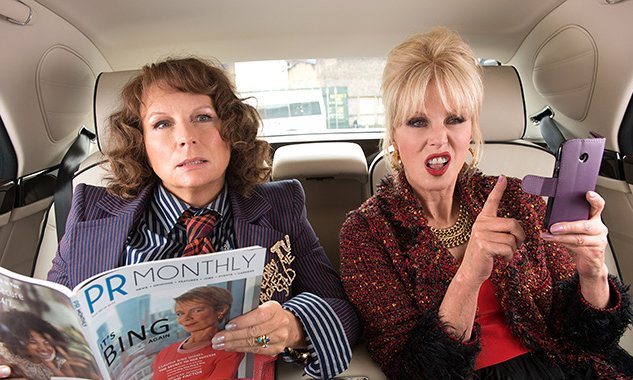 Now for some books. I’ve been reading an unusual book about the social behavior of trees called The Hidden Life of Trees, by a German forester named Peter Wohlleben. (Read a lovely NY Times profile of him here.) It was a bestseller in Germany for several months and has been optioned for translation into several languages; Greystone is bringing it out in English this fall. There are a lot of touchy-feely and yet scientifically-sound ideas in this book that I’ve been enjoying thinking about. I have a feeling I’ll be telling you more about it as I go.

Mark Haddon is a writer whose previous books I truly loved. The Curious Incident of the Dog in the Night-Time: If you haven’t read this, you really ought to. As a friend (who is a good poet himself) said about it, “It would be hard to find a single word in that book that wasn’t just right.” I also deeply enjoyed A Spot of Bother and The Red House, his other novels for adults, so I was excited when I found out he had collection of short stories coming out. I found this book to be a mixed bag and a bit of a disappointment, though on the whole I think it’s impressive. I reviewed The Pier Falls for the Philadelphia Inquirer last week; have a look.

Also! Guys. Last week I was poking around a small indie bookstore I like in Doylestown, Pennsylvania when I discovered that Europa Editions has rereleased Bilgewater. Score! I fell so in love with the heroine in A Long Way From Verona last summer, and I’ve been meaning to read Bilgewater next, which also has a teenage girl protagonist. I keep meaning to buy it secondhand since it’s long out of print, or get it from the library downtown, but it’s been so miserably hot I haven’t felt like taking the bus there. You know how it is; I just haven’t gotten around to it. But then one day out of the blue, in the clean cool serene bookstore, there was a beautiful new edition of the book, just begging me to buy it. It looks like this: 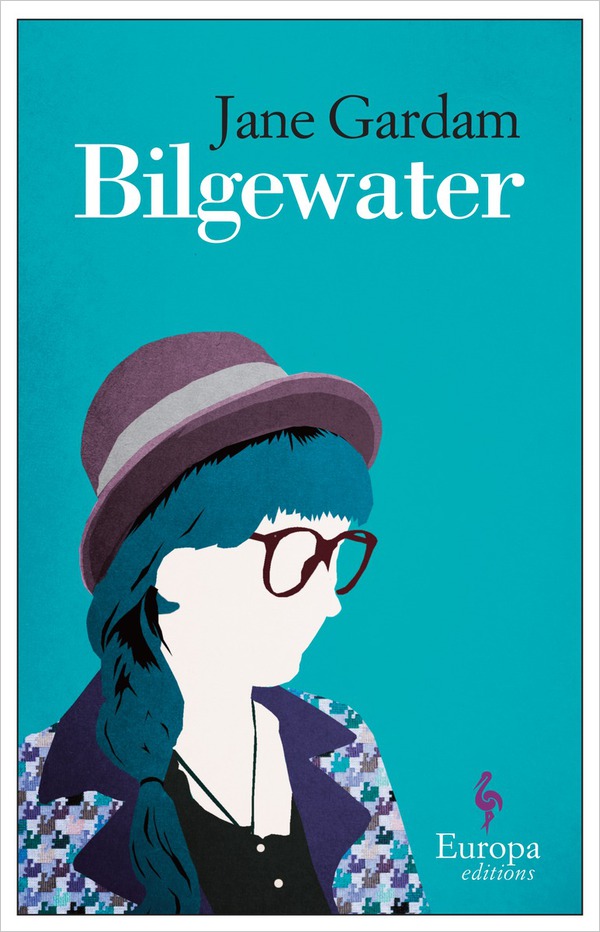 Other stuff I like right now: Simpsonwave makes good getting-ready-to-go-out music. Sushi Cat is an excellent game to play when you need to decompress. The U.S. version of the show “Shameless” is just as rousing and cheesily entertaining as the British version was. That’s all I’ve got for now.

When I found out Moby put out a memoir, I had to read it. I’ve read a number of “rock biographies” over the years and I always enjoy them, even when they’re badly or oddly written, like Touching From a Distance or Nikki Sixx’s garishly illustrated The Heroin Diaries. (Quite frankly I loved Nikki Sixx’s book; it felt raw and direct, like reading someone’s diary, because apparently that’s just what he did, he published his actual diary entries from his Mötley Crüe days.) (DON’T FORGET THE UMLAUTS!) Touching From a Distance is a much more sober affair, the incredible story of Joy Division’s Ian Curtis as told by his widow Deborah. Despite the fact that she is not really a writer—or perhaps because of it—that book is very stirring, too, and memorable. As you read it, it becomes clear that she’s not going for poetry in her writing (that title though!) so you get the feeling that you have access to her true, untempered feelings and memories. It’s extraordinary.

But Moby, he’s a writer. His new book, Porcelain, is well structured and properly paced, and he’s got such a nice turn of phrase. He’s smart and his insights are useful. He has lived an unusual and very colorful life that he seems to have learned a lot from, and he’s self-aware, appropriately self-deprecating, and funny. It’s a good book. (I reviewed it more thoughtfully than this for the Philadelphia Inquirer this week, if you’d like to have a look.)

Still, as I say, even if it wasn’t a good book I would have been pretty happy to read it. I loved Moby’s music in the 90s, and since my way of loving things is to REALLY LOVE THEM (and then to study them like a school nerd), I also became engrossed by my idea of the ruined-New York milieu that helped to produce it. A lot of what Moby writes about is exactly that—not just himself as an individual, or his own music, but the way he and his friends came together and related to the culture, the city, and the scene they were a part of in the late 80s and early 90s.

This stuff gets me so excited. Music and the subcultures that form around it, I mean. Since I was about 11 and old enough to have my own little radio (it was a pink boombox and it was extremely cool), I have had a deep and involved relationship with popular music. First there was metal and “hard rock,” which led me to discover the midnight-airing “Headbangers Ball” on MTV and Metal Edge and Circus, the ridiculous magazines I waited for all month. When my parents weren’t home or I thought they wouldn’t mind, I played their old records on their turntable, which is how I discovered the humor of the Beatles and Joe Cocker and the chillness of jazz. (“Ladies and gentlemen, live from the Village Gate, it’s Herbie Mann!”) I loved Yo! MTV Raps and the Top 40 hip-hop and R&B on Philly’s radio stations; I used to listen to The System’s “Don’t Disturb this Groove” and write in my diary and cryyyyyy, and 25 years later I put that song on the playlist at my wedding.

The first CD I ever owned was Ramones Mania, a best-of album that I begged my mom to buy me because I had somehow absorbed through osmosis the understanding that the Ramones were cool. I had to play the CD on my parents’ stereo and listen with headphones because I didn’t have my own CD player. A few years after the pink boombox era, grunge happened, which brought me the bands I was most obsessed with in high school: Soundgarden, Nirvana, Hole. Somewhere in there came industrial (NIN forever), more punk, and the chilly post-punk dance grooves that I still can’t quit. The reason I can read all those rock biographies with equal enthusiasm is because I loved Mötley Crüe when I was 12 with as much devotion as I loved Moby at 22, and still love Joy Division to this day.

Fandom gets a bad rap, but in my experience it’s very often uplifting and participatory rather than obsessive and passive. My fandom is about the music and the way it makes me feel, of course. But discovering new music means more than that, as any fan knows. It’s like a door opening to a new way of seeing things. If you’re lucky, it’s also a club you can join.

I was reminded of this in the loveliest way earlier this month, when I talked Joe into joining me for a “darkwave” dance party at a club that I’ve been interested in for a while but for some reason have felt too shy to check out until now. This year he and I have gone out to a huge number of live shows and dance parties. It’s part of a personal quest of sorts. In the face of all the fear and grief and anger that’s everywhere these days, in the news and on the street, those entrenched feelings that have to started to settle into my bones, we’ve been doing the things that make us feel most alive—and on this particular occasion, I hoped that the cure for my case of the sads would be, well, the Cure. And Siouxsie, and Dead Can Dance, and maybe a little Pink Turns Blue. I made sure every item of clothing I had on was black, and we caught the bus to this grody little club to see what it was like.

And what was it like? It was like finding my folks. Everyone was cool but they were dorky too. They smiled at strangers and hugged old friends. Their clothes and hair and piercings looked incredible. I felt at home immediately, which was a wonderful surprise. I ordered a very un-chic mixed drink and I did not give a shit, and then I danced. For those few hours my nerves weren’t shot; I wasn’t jumpy or tearful or exhausted. That awful brittle tension that’s taken up residence in my shoulders and jaw melted away. When the cute DJ played a song I knew, I felt as blissed out as I did when I was 13 years old and a video I loved came on MTV and I could sing along with every word.

I’ve been part of a few “scenes” in my time; this wasn’t the first night I’ve felt this way. But MAN did I need it right then. And to my deep satisfaction, the feeling of belonging has stayed with me since that night, like a secret knowledge.

In his book, Moby writes eloquently about belonging and community and the way music brings people together, so you should read it. If you’re feeling confused or down or lonely you should go out dancing, too. And that’s about all the advice I’ve got, I’m afraid. It’s been a tough week.